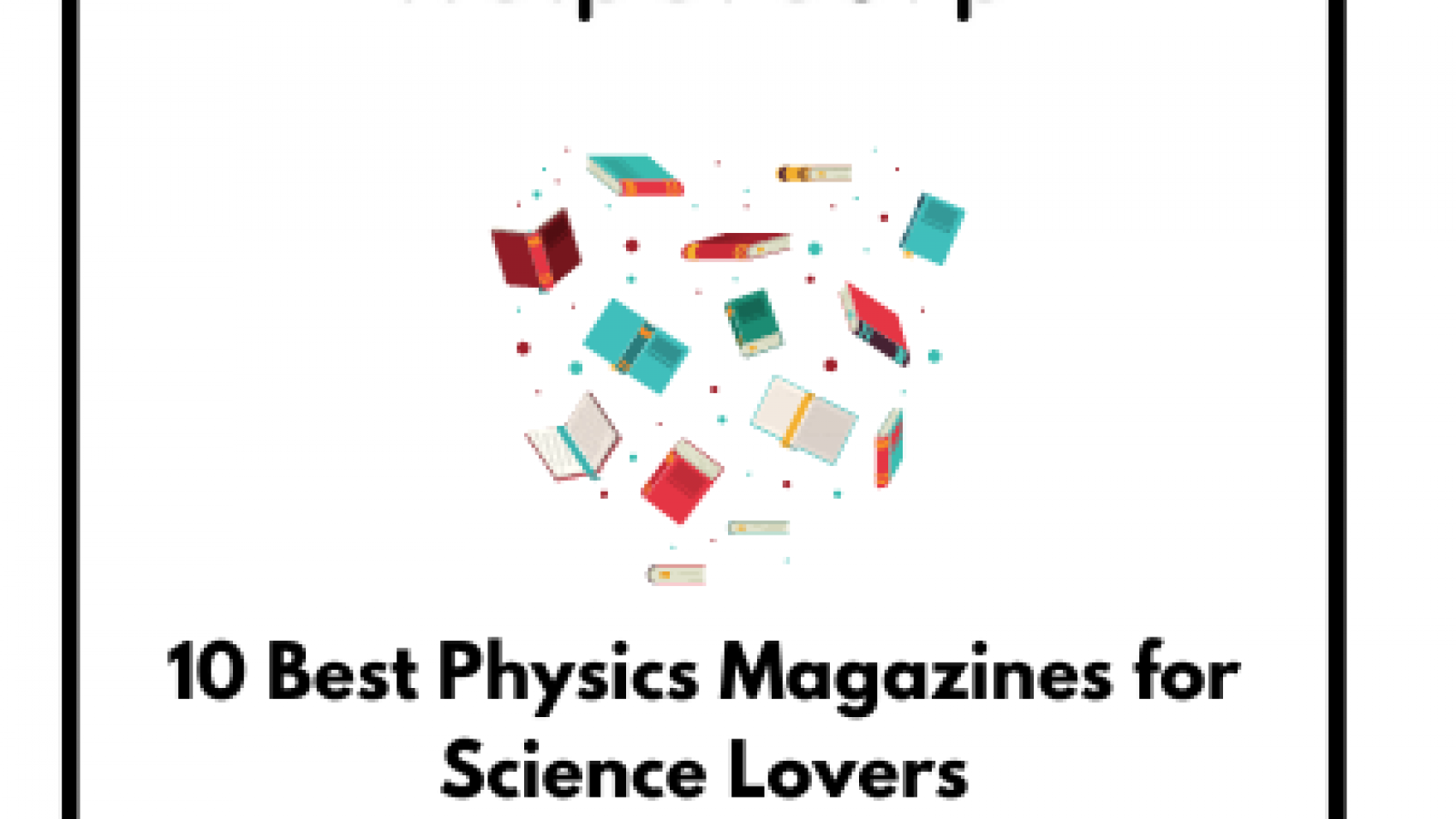 Yes, Physics has a lot of potential for getting us lost in the seas of its sub-branches. Are you seeking the best physics magazine? Do you not know which one to read? The following list lists the top 10 physics magazines for physicists, students, and specialists.

You have come to the correct spot whether you are seeking articles on a certain theory or want to stay up to speed on the latest advances in physics.

This magazine is published monthly and is accessible worldwide. It focuses on practical and pure physics and aspires for global research, industry, advances, and education. It is the Institute of Physics’ membership journal and one of the world’s major scientific societies. Members of the Institute of Physics get this magazine free and access a digital version. Some articles may be read online for free by anybody.

It is the American Institute of Physics’ membership magazine. It was originally published in May 1948 and is now published once a month. It is free to members and as a paid yearly membership to non-members.

Physics Today seeks to unite the impact of several fields of physics and associated disciplines. It publishes unique papers on physical science and its applications in everyday life. It aims to raise public awareness of the value of science in everyday life.

Astronomy is a monthly astronomy magazine published in the United States. It is an interesting journal for both novices and specialists.

It was first published in 1973 and is still the most popular astrological magazine.

Nuclear Physics News, an international magazine covering nuclear physics research, was launched by Taylor & Francis in 1990 and is published four times a year. It is the official publication of the European Collaboration Committee for Nuclear Physics.

It is not suitable for ordinary readers or amateurs since it may sometimes be overpowering and confusing. The design is serious and drab. It is quite detailed and covers research and studies in great depth. This publication is best suited for serious study and research.

The magazine first appeared in 2008. Physics is an online magazine that contains articles written by journalists and professionals about peer-reviewed research published in the journals of the American Physical Society. It covers every aspect of physics.

The publication is broken into three sections.

Journalists’ writings are the primary focus.

Easy to read, packed with information, intriguing and engaging. Readers of all skill levels should read this.

Light: Science & Applications is a peer-reviewed, open-access scientific journal co-published by CIOMP, the Chinese Optical Society, and Springer Nature. It was released for the first time in 2012.

It is an Optics-only publication covering subjects such as photonics, optical engineering, etc. To read this magazine, you should have a basic understanding of optics. Otherwise, it is entertaining, appealing, and well-explained. It is only available online, and you must go to their official website to access it.

SciTech is a scientific journal published in the United States that covers physics, biology, technology, and chemistry. Highly recommended for science buffs and investigators of the world’s secrets.

Although it is a whole scientific journal, the physics part is noteworthy. Covers all fields of physics and contains extensive, well-explained, and accurate articles and reports. It does not concentrate on any one topic or discipline of physics.

This publication is intended for the enthusiast, design engineer, technician, and experimenter. Among the topics covered are robotics, microcontrollers, circuit design, lasers, home automation, new technologies, computer control, and do-it-yourself projects. It is released twice a month.

Because of its entertaining and intelligent content, it is quite popular among scientific aficionados. It includes a section with Tips & Inspiration for individuals who wish to try their hand at the experiments. This is not intended for broad readers since it tackles issues that require a more in-depth grasp of science and physics.

Sky & Telescope magazine, first published in 1941, is excellent and highly recommended for amateur astronomers. This American publication is out once a month. All the latest astronomy news, observations, and virtual sky tours in one location.

All of the authors are either amateur or professional astronomers. The journal began as two different publications, Sky and The Telescope. Finally, they merged to become a popular magazine that caught many diverse skies with various telescopes.

Q.1)How old do I have to be to read these magazines?

Except for a few publications that need a little in-depth information, readers of any age over 16 may read, appreciate, and even get hooked to these periodicals.

Q.2)Can I distribute the PDF version of the magazine to others?

You may print the online or digital copies, show them to your friends, and lend them to them, but you cannot sell them since they have a copyright that protects them from illicit distribution.

Q.3) Is it necessary for me to pay to access these magazines?

No. These are free publications. However, you may help them by donating.