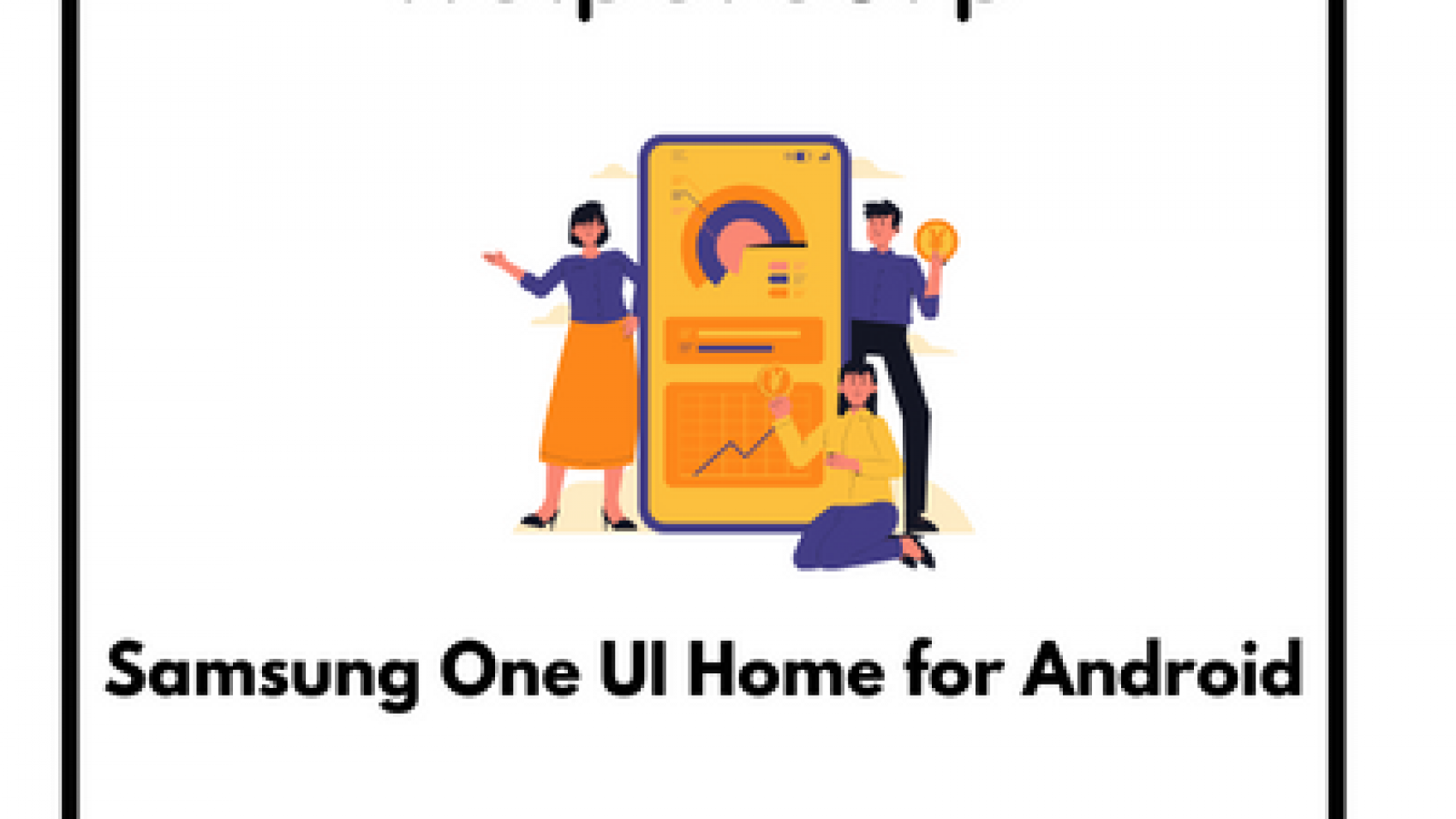 by Ezlynn Blain with No Comment Software for PC

Samsung One UI Home is a new programming skin that Samsung has applied to Android 9 handsets. It has a more simplistic design and interaction. Since its first publication,

For achieving anything other than the sluggish and, in some ways, old-fashioned TouchWiz software of the past, Samsung has received a lot of praise. Then, Samsung released two versions of one UI: one UI 1.1, one UI 2.0, and one UI 2.1.

One UI 1.1 provides even more reliability with no big changes, simply a quick repair for a few bugs. Only Samsung devices that are certain to get the Android 10 upgrade and are still supported by Samsung may have One UI 2.0 installed.

Check for Android and UI updates by navigating to the search column at the top of the settings menu and searching for the software update.

What Is One UI Home

The software that Samsung installed on its smartphones was not always referred to as the one UI. With the release of Android 9 Pie in November 2018, it was introduced. Samsung built the One UI from scratch for smartphones with a big screen and easier one-handed usage. Before One UI, the bespoke software was referred to as Samsung Experience.

A launcher is present on all Android devices. You may launch programs using the launcher and add widgets to the home screen to personalize them. The Galaxy smartphones and tablets’ official launcher is called One UI Home. It comes included with every Samsung device that runs any version of the One UI.

You can accomplish a lot with One UI Home. It allows you to hide the navigation bar on the home screen to use full-screen gestures, lock the home screen layout after rearranging program icons, classify apps into folders, and much more.

Can One UI Home Be Uninstalled Or Disabled?

One UI Home cannot be deactivated or removed since it is a system program. While you may manage individual programs via the Battery use option, doing so for the One UI Home application is impractical. You will see that the options are grayed out, so no matter how many times you touch on them, it will never function.

Because doing so would prevent the device’s default launcher from functioning and make it difficult to use, removing or deactivating the Samsung One UI Home application is the best solution. Samsung lets you switch to a third-party alternative launcher. However, you can not remove the company’s launcher.

How to Fix ‘Samsung One UI Battery Drain

Users of Samsung mobile devices mostly consider One UI Home due to battery consumption. If you did not look at those statistics, you would spend your whole life without knowing this app existed on your smartphone.

Controlling the battery drain of non-system programs is simple. Do you have a music streaming program running in the background that uses too much battery power? Turn it off. However, since system programs make this difficult, your options for controlling one UI Home battery consumption are limited.

But most of the time, the One UI Home app would only use a little bit of battery power during the day. While navigating the UI, you may be successfully associating with it. You will notice a greater rate if you use a lot of widgets in general.

If you are concerned about battery life, you should probably reduce the number of widgets you use effectively. Battery life is related to widget utilization. This is not to say that you should not use any widgets.

Do not purposefully avoid using this function since there will not be any appreciable increase in battery consumption if you use a few of them.

How to Download One UI Home Application Most Efficiently

Since it is already loaded on all Samsung smartphones that use One UI, there is no compelling need to download the program. Regardless of whether a particular device runs a comparable One UI version, such as One UI 2.5, there will be multiple program version numbers for that particular device. One UI Home cannot be downloaded on any Android device even though Samsung has placed the software on the Google Play Store and the Galaxy Store.

As with other system apps, Samsung has separated One UI Home into a new program. It gives the business flexibility. For instance, all they need to do to update the program is add functionality to the launcher. Users benefit from not waiting for a complete firmware upgrade before using the new capabilities.

Samsung offers a variety of customization choices that you can use to make your Samsung Android device uniquely yours. For example, you may add additional home screens if you wish to install more widgets and applications.

Go to the Home screen settings menu to alter or adjust the layout. Additionally, you may choose to activate or disable app icon badges and conceal particular applications. You may reach this menu by touching and holding on a spot on your home screen and then selecting the gear symbol, which is often located in the upper right corner.

As you are well aware, one UI home is an exceptionally user-friendly and powerful launcher created specifically to help you get the most out of your Samsung mobile. So, what are you waiting for to take full benefit of it?

You may turn on this function by going to Settings>Display>Night mode or just scrolling down the notification bar and choosing night mode. With this function, you may make the user interface darker, which is especially helpful for nighttime phone use and for reducing eye strain.

You may utilize the whole screen while hiding your navigation buttons; swipe up from where they were previously located to access them.

Selecting the Settings>Display>Navigation bar will enable this functionality.

With the help of this function, you may use two separate messaging services, such as WhatsApp, Facebook Messenger, Snapchat, etc.

Go to Settings>Advanced features>Dual messenger to turn it on.

The Samsung Galaxy S10, 5G, has a large 6.7-inch display, so it makes sense to design the smartphone to be simple to use with one hand. Using the exception of applications like Samsung health and the voice recorder, you can utilize practically all of the UI’s essential components with your thumbs.

The Samsung Galaxy Note Edge was the first device to provide this functionality in 2014. It allows you to bring an app tray to the edge of the screen by dragging your fingertips from the edge inward.

On this list, it ranks as one of the top features. This fantastic feature may use pin protection to safeguard any significant document, media, or application.

Lifting will wake you up.

The use is more pleasant thanks to this feature. It enables screen waking without pressing the power button. When you pick up the phone, the screen will instantly wake up.

One-handed use is simple.

The 6.8-inch display on phones like the Samsung Galaxy S10 5G is large. Making the item easy to operate with only one hand makes it logical. Except for applications like Samsung Health and Voice recorder, you can access practically all UI important features with only a few thumb swipes.

The function of a lift is to wake.

The phone is considerably simpler to operate thanks to this function. It enables screen waking without pressing the power button. Pick up the phone, and the screen will turn on. You may turn on this function by going to Settings>Display>Night mode or just scrolling down the notification bar and choosing night mode. With this function, you may make the user interface darker, which is especially helpful for nighttime phone use and for reducing eye strain.

Can I disable the One UI launcher?

One UI launcher cannot be disabled, and if it were, your device would be unable to function properly.

Will there be a complete firmware upgrade along with the One UI launcher update?

No, the One UI is created as a standalone app, thus the app store updates.

The dual messaging app feature of the One UI launcher is available.